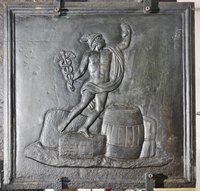 "He was considered the son of Maia, who was a daughter of the Titan Atlas, and Jupiter in Roman mythology.[citation needed] His name is possibly related to the Latin word merx ("merchandise"; cf. merchant, commerce, etc.), mercari (to trade), and merces (wages); another possible connection is the Proto-Indo-European root merĝ- for "boundary, border" (cf. Old English "mearc", Old Norse "mark" and Latin "margō") and Greek οὖρος (by analogy of Arctūrus/Ἀρκτοῦρος), as the "keeper of boundaries," referring to his role as bridge between the upper and lower worlds.[citation needed] In his earliest forms, he appears to have been related to the Etruscan deity Turms; both gods share characteristics with the Greek god Hermes. He is often depicted holding the caduceus in his left hand. Similar to his Greek equivalent Hermes, he was awarded the caduceus by Apollo who handed him a magic wand, which later turned into the caduceus." - (en.wikipedia.org 09.11.2019) 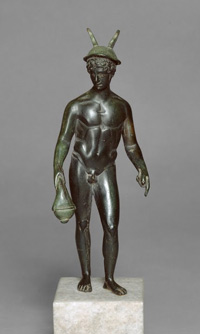 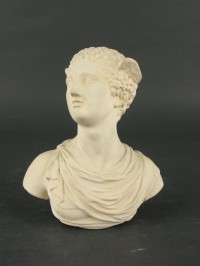 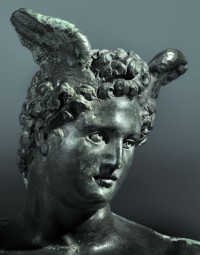 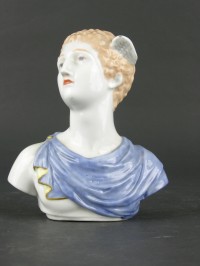 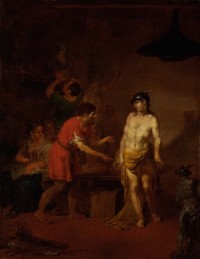