"Stephen (Greek: Στέφανος Stéphanos, meaning "wreath, crown" and by extension "reward, honor", often given as a title rather than as a name, Hebrew: סטפנוס הקדוש‎), (c. AD 5 – c. AD 34) traditionally venerated as the protomartyr or first martyr of Christianity, was according to the Acts of the Apostles a deacon in the early church at Jerusalem who aroused the enmity of members of various synagogues by his teachings. Accused of blasphemy at his trial, he made a speech denouncing the Jewish authorities who were sitting in judgment on him and was then stoned to death. His martyrdom was witnessed by Saul of Tarsus, a Pharisee who would later become a follower of Jesus and known as Paul the Apostle." - (en.wikipedia.org 23.03.2020) 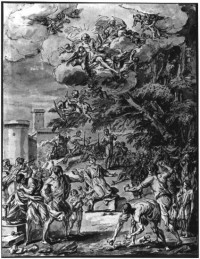 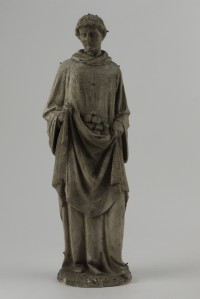 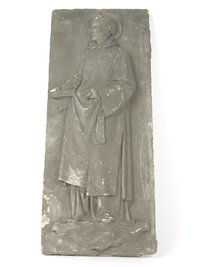