"Martina of Rome was a Roman martyr under emperor Alexander Severus. A patron saint of Rome, she was martyred in 226, according to some authorities, more probably in 228, under the pontificate of Pope Urban I, according to others. Her feast day is January 30." - (en.wikipedia.org 23.03.2020) 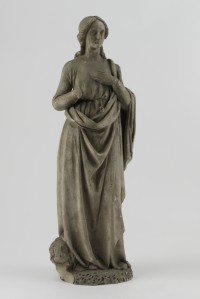