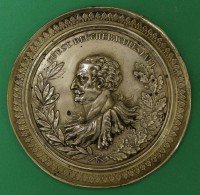 "Gebhard Leberecht von[a] Blücher, Fürst[b] von Wahlstatt (German pronunciation: [ˈɡɛphaɐ̯t ˈleːbəʁɛçt fɔn ˈblʏçɐ]; 16 December 1742 – 12 September 1819), Graf (count), later elevated to Fürst (sovereign prince) von Wahlstatt, was a Prussian Generalfeldmarschall (field marshal). He earned his greatest recognition after leading his army against Napoleon I at the Battle of the Nations at Leipzig in 1813 and the Battle of Waterloo in 1815.

Blücher was born in Rostock, the son of a retired army captain. His military career began in 1758 as a hussar in the Swedish Army. He was captured by the Prussians in 1760 during the Pomeranian Campaign and thereafter joined the Prussian Army, serving as a hussar officer for Prussia during the remainder of the Seven Years´ War. In 1773, Blücher was forced to resign by Frederick the Great for insubordination. He worked as a farmer until the death of Frederick in 1786, when Blücher was reinstated and promoted to colonel. For his success in the French Revolutionary Wars, Blücher became a major general in 1794. He became a lieutenant general in 1801 and commanded the cavalry corps during the Napoleonic Wars in 1806." - (en.wikipedia.org 29.01.2020) 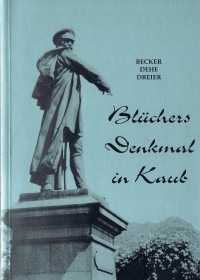 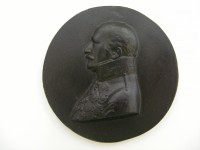