"Fugger (German pronunciation: [ˈfʊɡɐ]) is a German bourgeois family that was historically a prominent group of European bankers, members of the fifteenth- and sixteenth-century mercantile patriciate of Augsburg, international mercantile bankers, and venture capitalists. Alongside the Welser family, the Fugger family controlled much of the European economy in the sixteenth century and accumulated enormous wealth. The Fuggers held a near monopoly on the European copper market.

This banking family replaced the de´ Medici family, who influenced all of Europe during the Renaissance. The Fuggers took over many of the Medicis´ assets and their political power and influence. They were closely affiliated with the House of Habsburg whose rise to world power they financed. Unlike the citizenry of their hometown, they never converted to Lutheranism as presented in the Augsburg Confession but rather remained with the Roman Catholic Church." - (en.wikipedia.org 31.01.2020) 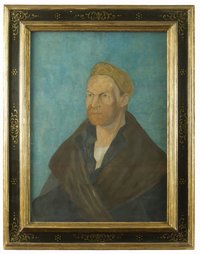