"Johann Schraudolph (b. Oberstdorf im Allgau, 1808; died 31 May 1879) was a German historical painter. His brother Matthias and his son Claudius were both also painters.

As pupil and assistant of Heinrich Maria von Hess, he painted five scenes from the life of St. Boniface in the basilica at Munich: St. Boniface preaching; his consecration as bishop; the cutting down of Thor´s oak; the anointing of Pepin; and the burial of St. Boniface. Hess had already tested his work in the Church of All Saints where Schraudolph had painted scenes from the history of Moses, figures of David, Saul, etc. (which were destroyed by bombing in World War II ). Some of his devotional pictures became very popular: the Virgin with the Child Jesus; St. Agnes; Christ as the Friend of children; a eucharistic service, etc." - (en.wikipedia.org 12.01.2020) 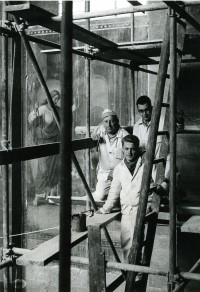 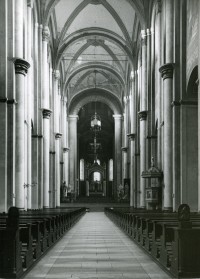 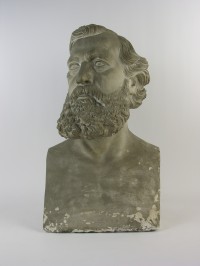 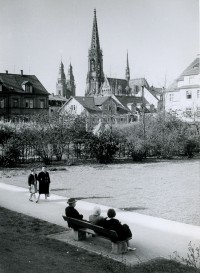