"Leopold II (9 April 1835 – 17 December 1909) was King of the Belgians from 1865 to 1909. Born in Brussels as the second but eldest surviving son of Leopold I and Louise of Orléans, he succeeded his father to the Belgian throne in 1865 and reigned for 44 years until his death – the longest reign of any Belgian monarch. He died without surviving male heirs. The current Belgian king descends from his nephew and successor, Albert I.

Leopold was the founder and sole owner of the Congo Free State, a private project undertaken on his own behalf. He used Henry Morton Stanley to help him lay claim to the Congo, the present-day Democratic Republic of the Congo. At the Berlin Conference of 1884–1885, the colonial nations of Europe authorized his claim by committing the Congo Free State to improving the lives of the native inhabitants. Leopold ignored these conditions and ran the Congo using the mercenary Force Publique for his personal gain. He extracted a fortune from the territory, initially by the collection of ivory, and after a rise in the price of rubber in the 1890s, by forced labour from the native population to harvest and process rubber. He used great sums of the money from this exploitation for public and private construction projects in Belgium during this period. He donated the private buildings to the state before his death, to preserve them for Belgium." - (en.wikipedia.org 24.11.2019) 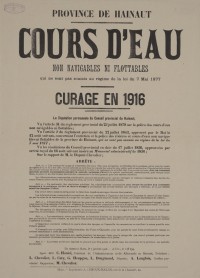