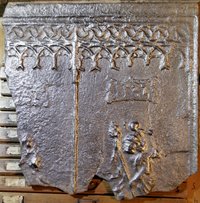 "Saint Christopher (Greek: Ἅγιος Χριστόφορος, Ágios Christóforos) is venerated by several Christian denominations as a martyr killed in the reign of the 3rd-century Roman Emperor Decius (reigned 249–251) or alternatively under the Roman Emperor Maximinus II Dacian (reigned 308–313). There appears to be confusion due to the similarity in names "Decius" and "Dacian". However his veneration only appears late in Christian tradition, and did not become widespread in the Western Church until the Late Middle Ages, although churches and monasteries were named after him by the 7th century." - (en.wikipedia.org 30.01.2020) 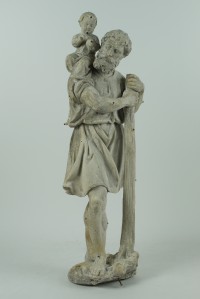